Home AnimalsBirds Hawk vs. Vulture (How to tell them apart?)
Birds 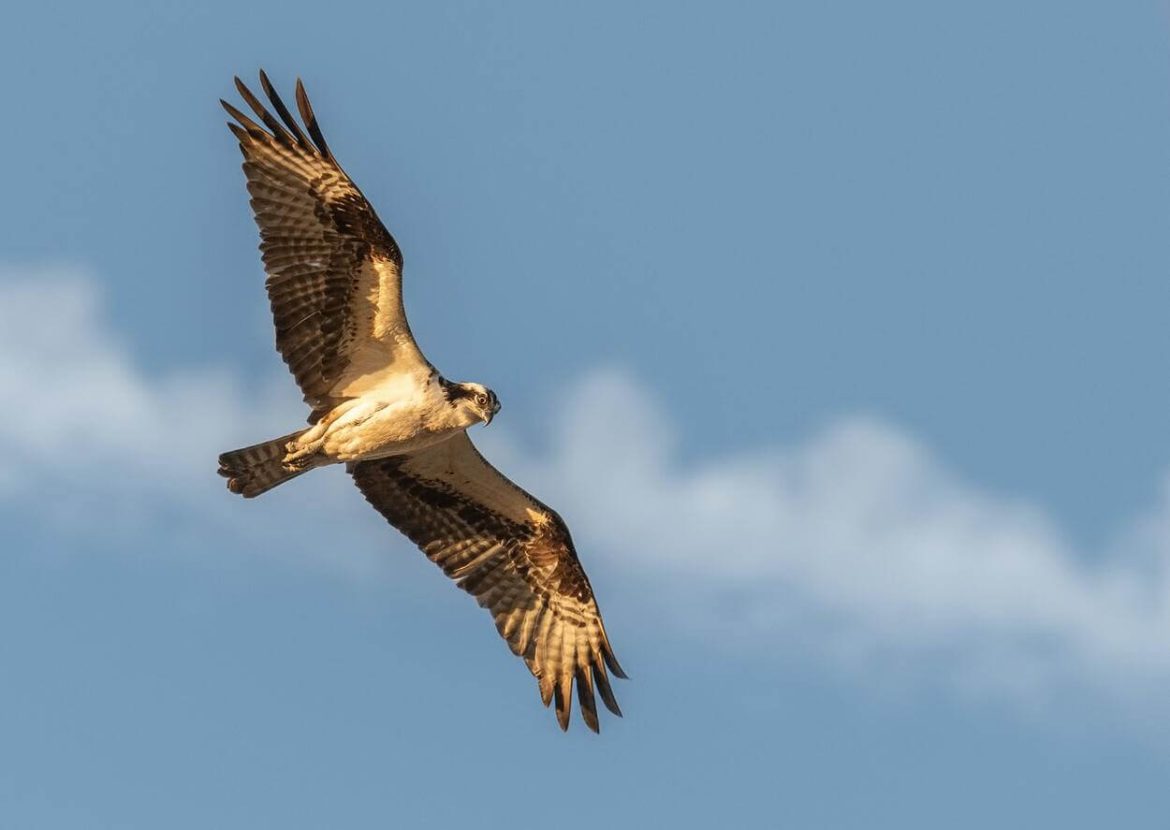 Straight answer: The main difference between a Hawk and a Vulture lies in their size and behaviors. Hawks are generally smaller in size as compared to vultures who tend to be larger. For this reason, vultures also prey on bigger animals.

Hawks and vultures are raptors that belong to the same avian order. However, despite having a similar backgrounds, they’re not much alike.

If you’re curious to know what those differentiating factors are, then you’ve come to the right place. I’ll provide a detailed account of the differences between a hawk and a vulture as well as ways to tell them apart in this article. Keep reading to find out which one’s stronger as well.

What is the difference between a hawk and a vulture?

There are many differences between a hawk and a vulture. Some of these include their size, color, and appearance.

Typically, vultures are quite large. They can also be heavier due to the fact that they’re scavengers and don’t really need to chase down prey. They often circle above a carcass before eating it.

On the other hand, hawks are birds that are smaller and lighter. This is because they need to be alert and quick in catching their prey. Their prey usually consists of small mammals, reptiles, amphibians, or birds.

As vultures don’t really need to fly or flap their wings, they tend to fly with a wobble. This makes it look like the smallest gust of wind can blow them off their course.

While Hawks flap their wings quite often. This helps them pick up speed while hunting.

A notable difference in terms of appearance is that vultures usually have shorter and rounded tails. Whereas, hawks have long feathers on their heads as well as tails.

Moreover, they don’t look very similar, apart from their bird-like structure. I mean they’re birds after all!

Basically, you can tell the difference between these two birds by looking closely at their:

Additionally, hawks have a narrower heads, while vultures have broadheads. The difference between their wing structure is that a hawk’s wings slope downwards at the end because they’re meant to fly. Whereas, vulture’s wings stay horizontal, as vultures are scavengers built to glide.

Both hawks and vultures are distinct types of birds that prey. You can easily tell them apart by their appearance. For instance, hawks tend to have long tails and slender bodies.

They also have sharp wings, which are used to catch prey while they’re flying. The wings also help them dive faster.

On the other hand, vultures have a broad set of wings and shorter tails. This helps them soar through the air.

Who is stronger hawk or vulture?

In a fight between a hawk and a vulture, a hawk can easily win. But how is that possible if they’re smaller than vultures?

Well, this is because hawks are more agile and have superior hunting instincts. Therefore, the speed at which they fly helps overcome the raw physical strength of a vulture. A hawk is considered to be more powerful and is likely to win in a fight with a vulture.

While they can manage to escape, they’ll be pretty injured by the large vulture. However, hawks are smart birds and they avoid unnecessary fights.

Despite being raptors belonging to the same avian order, hawks and vultures don’t have many things in common. While Hawks are avid predators, vultures tend to be natural scavengers that feed on carcasses.

Take a look at this table differentiating between a hawk and a vulture:

How do you tell if a bird is a vulture?

There are a few key factors to help identify a vulture. Vultures are generally bigger than other raptors except for eagles. They also have long fingers at their wingtips and long tails which extend past their toe tips when they’re flying.

It’s a large dark or blackbird which is approximately 60 cm long. It has a very short tail, short and broad wings, and a bare blackhead.

Moreover, vultures have been observed to hunch their bodies and tuck in their heads when it’s cold. Whereas, in the heat, they open their wings and stretch their necks. Another thing that can help distinguish them is that when they’re flying, their wings are slightly raised making a V shape.

Additionally, their preferred habitat is places of open country. This is because here they can soar and scout far and wide.

If you see a large bird circling around a carcass, then it’s most probably a vulture! This is a habit of this pure scavenger bird before it feeds on the dead meat of an animal.

What is the difference between of eagle and a hawk?

The most noticeable difference between an eagle and a hawk is in their size. Eagles tend to be much larger as compared to hawks. They also have longer wingspans.

Although hawks have a similar appearance, if you look more closely you’ll notice that the wings of the hawks are generally more rounded. They also have short, broad, and rounded tails with a stocky build.

Eagles and Hawks both belong to the family of Accipitridae. This family consists of a variety of species of both eagles and hawks. There are a few characteristics that can help tell the birds apart.

Overall, eagles seem to be much larger and also look heavier. They have straighter wings which are sometimes described as plank-like. Both eagles and hawks tend to fly really high.

They take advantage of the thermals which helps them soar. Hawks sometimes soar with wings held in a shallow V shape. Whereas, eagles soar on flat or slightly raised wings.

Furthermore, hawks can range in a color from very light to dark. The most common Colorado hawk species is called the “Red-tailed Hawk”. It’s generally light in color underneath and can be identified by its huge size and characteristic red tail.

Whereas, there are two eagles species in Colorado:

Is hawk and falcon the same?

No, they’re not the same! Falcons are generally smaller birds than hawks. While hawks are larger, they have shorter wings as compared to falcons.

A falcon is a bird of prey that belongs to the genus, Falco. there are many species of these raptor birds in the genus Falco.

They’re characterized by their long wings and powerful beaks. They use these beaks to break the neck of their prey.

Whereas, hawks catch and kill their prey using their talons. Hawks generally fly slower and prefer to glide through the air.

Moreover, hawks belong to a broad category of raptors. They have broad wings to help them soar high and long tails. There are over 270 species of hawks which include the northern harrier, cooper’s hawk, sparrow hawk, and goshawk.

On the other hand, Falcons have slender bodies. Their wings are narrow towards the tips which are sharply pointed. This allows them to fly faster and also helps them dive downwards to grab their prey.

There are approximately 40 species of falcons that includes the lanner, merlin, American kestrel, and gyrfalcon. They’re very well known for their speed and have excellent eyesight. Female falcons are generally larger than male ones.

There are many factors that can help identify between a hawk and a falcon. For instance, hawks have brown cheeks, whereas falcons have white cheeks.

They also have different wing structures. Hawks have wide and rounded wings. Their wingtips look like separated fingers.

While Falcons have long, thin, and tapered wings. The wingtips of a falcon are pointed.

Who is stronger hawk or falcon?

Hawks are considered to be stronger and more powerful than falcons. They have their own weaknesses and strength. Even though falcons are smaller, they’re still faster than hawks.

So, if it’s a contest of speed, a falcon could win. It can easily escape a hawk by either out flying to the hawk or attacking it before it could react. On the other hand, in a head-to-head fight, the hawk would probably win because of the sheer strength and power that a hawk has.

In conclusion, the main difference between a hawk and a vulture is in their size and appearance. Hawks are generally smaller and have slender bodies. Whereas, vultures are larger and heavier.

Hawks have pointed feathers and range in color from light to dark brown. Vultures, on the other hand, are either black or very dark brown and have rounded feathers.

Moreover, hawks have narrower heads. While vultures have broader heads.

In a fight, the hawks are more likely to win. This is because they’re more agile and have stronger hunting instincts. They can rapidly outfly a vulture.

That said, vultures have more physical strength so they can easily scathe a hawk in a fight.

I hope this article made the differences between a hawk and a vulture clearer!

A FALCON, A HAWK AND AN EAGLE- WHAT’S THE DIFFERENCE?

SERPENT VS SNAKE: ARE THEY THE SAME SPECIES?

Cranes vs. Herons vs. Storks (Comparison)