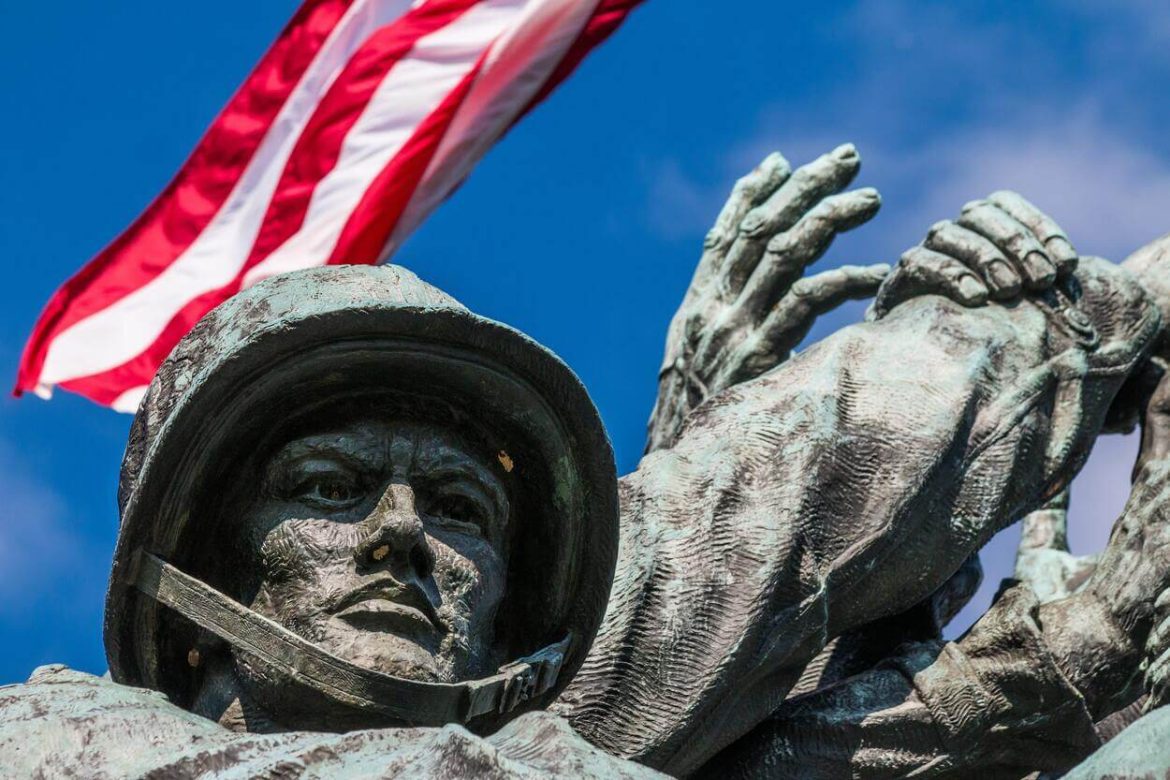 The Army and the Marine forces of the United States are one of the most amazing military organizations all over the world. Both the forces are very unique and also have a lot of differences between them.

If you’re having trouble deciding which of the two would be a better career choice, then look no further.

In this article, I’ll be providing all the differences you need to know between the Army and the Marines. You’ll also come across the toughest branches of the military later on in the article.

What’s the Difference Between the Marines and the Army?

The Army and the Marines have many differences. The main one is that the Army is primarily a military service. However, the Marine forces are the naval service of the US government.

In terms of size, the US Army is almost double as compared to the US Marine forces. The primary mission of both the Army and the Marines is to protect their country, citizens, and the Constitution.

The selection process and eligibility criteria for both these forces are significantly difficult. However, they have differences in terms of these criteria as well.

As you know, their primary goal is to protect the country. Both the military services use their unique resources to provide security and safety for the United States and its allies. While their goal is the same, they’re each designed for a different purpose.

The mission of the Army is to preserve peace and safety. It’s there as the nation’s defense force. It defends national policies and also addresses threats that might endanger the country.

On the other hand, the Marine’s mission is much more specified. They were created to help in naval combat, but now they’ve also evolved to become the quick response force for the country. They’re mobilized during natural disasters or armed conflicts to protect US interests and also provide aid.

In order to understand the key differences between the Army and the Marines, one will have to directly compare the two. Here’s a list of a few specific elements that’ll help differentiate between the two forces:

Let’s go into detail about each of the above factors. A point of comparison is each of their sizes. The army is made up of a force of roughly 500,000 active-duty soldiers. Whereas, active-duty Marine corps are only under 200,000.

The Army also has multiple subgroups, such as the infantry, special forces, and Rangers. The Marines are only a singular unit.

The Marines and the Army also differ in the methods they use on the job. They’re both organized into small units which can be broken down into platoons, squads, and fire teams. When it comes to executing the task, each pair acts differently.

The most fundamental difference between the two military services is the departments they work under. The Marines fall under the department of the US Navy, which supplies them with important resources such as transportation and medics. In return, the Marines protect their assets.

On the other hand, the US Army is solely responsible for its own forces. It provides independent medical care for its personnel and other necessary services.

Are the Marines Tougher Than the Army?

The Marine corps typically have to go through a much more intense basic training program than soldiers in the army do. They’ve successfully established a reputation for being the toughest and most highly trained fighters.

Marines are considered to be far superior to soldiers in terms of technical knowledge. Their way of executing operations is also thought of as better.

The Marines are amphibious types of military and armed forces that aid the Navy during naval combat or ship captures. Usually, they’re trained to execute operations both online as well as on water.

This is one reason why they’re considered superior to soldiers, who only fight on land. Marines are also much more aggressive than typical soldiers.

They’re considered light, mobile, and rapid armed forces. They differ from soldiers in terms of the proficient way in which they operate. For instance, the Marines are responsible for taking amphibious operations.

Not only do they work with the US Navy, but they can also work with the US Army as well as the US Air Force. They act as advanced naval bases and are always prepared for diverse conditions. While soldiers do outnumber them, the Marines are still thought to be tougher.

Take a look at this table of differences between a soldier and a marine:

Why is a Marine Not a Soldier?

While both are military services and have the same goal of protecting the country, they’re still different from each other. Marines are distinguished from soldiers by their mission, training, history, and uniform.

They’re also different because soldiers belong to the Army and usually a Marine belongs to the Navy. So, as their departments are different, therefore they can’t be the same. However, many times Marines have been referred to as “soldiers of the sea”.

Moreover, “Marine” is a title. One has to earn this by making it through boot camp. There’s a special meaning attached to this title and many of those who achieve it are very proud.

A lot of Marines also consider it offensive and insulting to be called a soldier. They argue that there’s deference and cultural significance between the two.

Although, they do admit that at the end of the day they’re all soldiers. However, they believe that they worked really hard to achieve this specific title and don’t want to be referred to in general.

The terms soldier and marine have very different meanings. Therefore, they should be referred to in different terms as well. A Marine is a sea-borne Warrior, whose main function is to fight ship to ship.

They’re also known to have faster response times when required. This is why their roles have expanded to the Army as well. Marines are proud to achieve this title and wish to be called by it rather than a generic term like soldiers.

What is the Toughest Branch of the Military?

Not only are the Marines tougher than the Army soldiers, but they’re also considered to be the toughest branch of the military. They’re regarded as the most aggressive branch.

There are many military branches and Marine Corps comes on top of all of them. They’re only one 10th of the size of the Army.

Marines are also the first ones who are called into war. They perform many of the same duties as all the other branches of the military.

You could say that it’s similar to the work of construction, but it’s much riskier because of the dangers of combat operations.

While the Marine corps is thought to be the toughest, the US air force is considered the easiest military branch overall.

The Department of the Air Force is the most prestigious branch of the military. It focuses on both aerial and space operations. Many of his jobs are performed on the ground.

The most dangerous job in the air force is that of pararescue. Their task is of rescuing fellow airmen and women in unreachable areas. They take help from parachutes, scuba gear, and rock climbing equipment.

They’ve to be prepared for any type of condition and terrain. For instance, it can be as hot as the desert or as cold as the Arctic.

Who Has Better Benefits Army or Marines?

The difference in benefits offered to the Army and the Marine corps is very little. They’re both offered the same benefits, except for some variations.

As the army is a much bigger force and has more slots to fill, it offers more incentives and benefits as well. They do this to attract more people to join the army because of the larger space that they have. On the other hand, the Marines also have many unique benefits that the army lacks.

One of the greatest differences in benefits between the two services is in terms of education. The Army is the only one that offers a college loan repayment program for both, the enlisted soldiers as well as commissioned officers.

Under this program, it repays portions of college loans. Whereas, the Marine corps only offers loan repayments to officers.

Moreover, as a way to draw new recruits, the Army offers several bonuses for critically needed positions. For instance, such bonuses are for infantrymen, intelligence analysts, and unit supply specialists. The Marines do offer a few bonuses but not as many as the Army does.

Another notable difference between the two services is in their health care systems. A soldier who’s sick and injured is always treated by an army doctor at the medical center on their post.

On the other hand, the Marines are part of the department of the Navy. So, if they’re sick, then they have to be treated by navy doctors in the appropriate department.

Take a quick look at this video explaining the top 3 differences between the two forces:

In my opinion, the main difference is that the Army is a military service, whereas, the Marines corps fall under the naval service. They’re both regarded as the core pillars of a country’s defense program.

While their end goal is to provide safety and security, they have many differences between them. For instance, they have different ways of conducting operations. It’s believed that the Marine corps have a more proficient way of operating as compared to the soldiers.

Additionally, the Marines are thought to be superior and the toughest military branch. Their training programs are much more intensive than any other branch.

Marine corps find it insulting to be called a soldier. They believe that they’ve worked really hard to achieve this title and don’t want to be called using a generic term. I hope this article helped in clarifying the differences between a Marine corps and an Army soldier!

WHAT IS THE DIFFERENCE BETWEEN AN EMT AND AN EMR?