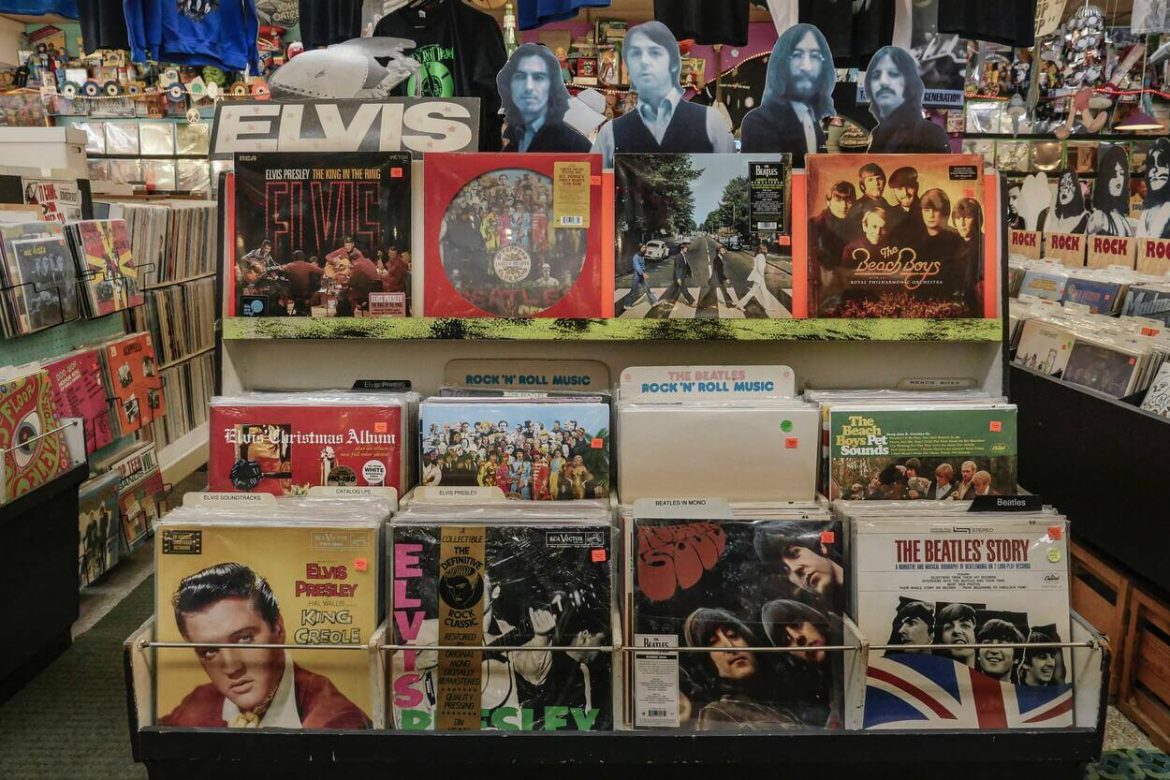 Music is part of people’s day-to-day lives, they relate to it and express their emotions through it. It has a broad category to choose from their next favorite genre. So if you’re into Rock music, you are in the right place!

Many people believe that rock ‘n’ roll and rock are the same thing. However, even though they’re regarded as the offspring of rock ‘n’ roll of the 40s and 50s, there are some technical differences between them.

If you’re curious to know what these differences are, then you’ve come to the right place! In this article, I’ll be highlighting the differentiating factors between the two music genres.

Why is Rock called Rock and Roll?

The music term rock ‘n’ roll is derived from the more literal phrase “rocking and rolling”. This phrase was used by 17th-century sailors to explain the motion of the ship on the sea.

Since then, any phrase which described a rhythmic movement of this sort became a risk of getting subjected to a euphemism.

By the 1920s, this term became a common metaphor for dancing or sex. However, it underwent a second transition. In 1922, Trixie Smith, an American singer, used this term in her music and it covered both sex and dancing. However, during this time it was known as rhythm and blues- a type of race music.

This is how the phrase “rocking and rolling” entered the world of music and since then has been used quite widely.

Additionally, DJ Alan Freed in the 1950s started using the phrase to describe the type of hyped-up country music infused with rhythm and blues. By this time the sexual component had died down and the term became an acceptable one for dancing. He tried to promote a “Rock and Roll party”.

However, if he had tried to introduce or promote the “rock n roll” phrase a couple of decades earlier, then it would’ve caused an outrage!

What Are Some of the Technical Differences Between Rock ‘N’ Roll and Rock?

The main difference is that rock ‘n’ roll is usually an upbeat 12-bar blues with country influences. Whereas, rock is a very broad term that consists of many different types. Although it’s more likely to deviate from the 12-bar blues, it still has some blues influences.

Both genres have persistent drum beats and amplified or distorted electric guitars. While rock is an umbrella term, rock ‘n’ roll is a sub-genre of rock music that evolved in the early 1950s.

Although many believe that rock ‘n’ roll is a part of rock music, in fact, it was rock ‘n’ roll that emerged in the 1940s, earlier than rock.

A notable difference is that rock ‘n’ roll was simpler and had clean lyrics. Whereas, rock gradually became aggressive and loud from the times of the Beatles in the 60s to Led Zepplin in the 70s.

In the 1950s and 60s, rock ‘n’ roll music focused on just regular amplifiers, microphones, and simpler instruments. Only the guitars and bass were amplified. The rest of the instruments were typically acoustic.

However, rock music emerged generally from the 1970s onwards and is derived from this early genre of the 50s and 60s. During this time, it added large amplifiers, glam outfits, makeup, and also more practical effects or special effects.

For instance, confetti streamers to pyrotechnic gerbs. The lighting effects also came more frequent on stage in this music era.

Rock ‘n’ roll was lighter and more about foot tapping in the 90s as compared to the rock music of the 2000s. Moreover, rock music has many subgenres. These include:

While these are only a few of the types of rock music genres, there are about 30 more. Rock music has drastically diversified as well as matured over the years.

What Counts as Rock and Roll?

This popular music genre is a combination of elements of rhythm and blues, jazz, and country music. It also has an addition of an electric instrument.

Rock ‘n’ roll is well known for energetic performances, catchy melodies, and insightful lyrics. It was originally associated with youth revolt and transgression.

Since its early days, the genre is constantly evolving and changing.

Across its subgenres, rock music keeps fluctuating in terms of varying characteristics. However, there are a few traits that have remained consistent over the years. Take a look at this table depicting these traits that define the rock music genre:

Rock and roll is the kind of music that not only has rhythm but also faster beats. It allows a person to approach the dance floor much more easily than the music produced before this.

Why Is Rock No Longer Popular?

One of the reasons why rock music isn’t as popular nowadays is because rock bands no more sound like rock bands. This means that in today’s rock music, there’s just so much emphasis on electronic beats, synthesizers, and glum melodies which are ruining a rock song.

The 1950s was the time when rock was the most dominant form of music. Its decline began as early as the mid-1960s. This is because, by the 70s, disco had replaced the rock n roll genre. However, rock continued to be a strong force until the late 1990s.

In the 2000s, pop-rock was the only form of rock music charting high on the billboard. Then even this form started struggling from 2010 onwards.

Since then, dance and electro music largely replaced pop radio. However, the rock genre didn’t just completely die out during this time.

In 2013, pop-rock made a comeback, and pop radio radically changed. Many rock bands, such as Imagine Dragons and Fall Out Boy, enjoyed success on pop radio. R&B, funk, indie, and even folk music started gradually coming back.

According to a discussion thread, there are many reasons why rock music is in decline. One reason is that today music targeting youth is more about the presentation, rather than the music itself.

They believe that rock stars now have to have a certain image to become popular unlike rockers of old times. Now they create videos with flashing lights, backup dancers, and special editing to make it seem as if a person is actually singing.

However, image has always played an important part in the music industry. Even rock legends like The Beatles and Elvis Presley were very well presented or as one would say “marketed”. The music industry is always looking for ways to make money and in search of the next big star.

Some people even blame the rise of MTV and music videos as a cause of rock music decline. However, rock survived until the late 90s, which was more than a decade after MTV’s arrival.

Is Rock A Dying Genre?

While this music genre has declined, it hasn’t completely died out! After research into why rock is declining, the results implied that the problem lies in the demographic rock is trying to target.

Modern rock music is being purchased by young, white males. Girls and women who are under the age of 40 mainly buy pop music.

This shows that modern rock has a problem in attracting female customers. If they were to focus on the female demographic, they might be able to regain their popularity.

In a survey conducted in 2002, 52% of whites as compared to 29% of non-whites claimed to like rock music. The way rock music gives an outlet to white youths, rap and hip-hop do the same for urban and minority youth. This is why the potential buyers for rock music are in decline.

Many believe that in today’s world, rock music should be modified so that it’s not so segregated. Rockers should find ways to build a better rapport with alternative demographics.

What Makes Rock N Roll Different From The Other Genres?

A new style of music known as rock ‘n’ roll redefined popular music in the mid-20th century. This genre is known for its energetic performances and insightful lyrics.

What makes rock ‘n’ roll so unique is that it challenged existing social norms. For instance, the segregation of races.

It also became the soundtrack of a generation that went against the expectations of their parents. It was very popular amongst the youth.

Rock ‘n’ roll genre also managed to influence other genres. This makes it a legendary music form. One way that it impacted music is by making people feel as though it’s something that they can also do.

It’s one of the most diverse and accessible genres where people feel included. They feel as if they’re a part of the music.

Not only did this genre change the nation’s musical norms, but it also signified the joy of the emerging youth culture. It influenced artists to step into mainstream music.

Here’s a video briefly describing the history of rock and roll:

The main difference between rock and rock n roll is that rock is an umbrella term that covers many different types of subgenres. Whereas, rock n roll is one of the types of rock music.

Rock music consists of heavy drum beats as well as amplified and distorted electric guitars. It’s known for inducing energy into the listeners through its catchy beats.

This genre of music originated in the 1950s in the form of rock n roll. It greatly captivated the youth’s interest and was extremely popular.

Rock music has continuously evolved and diversified over the years. There are many types of rock genres. These include indie rock, funk rock, pop-rock, and metal rock.

A notable difference between rock n roll of the 50s and rock music today is that the former was light music with good lyrics. However, the latter now is more aggressive and loud.

I hope this article helped answer all your concerns regarding rock music!

DIFFERENCE BETWEEN CHORUS AND HOOK (EXPLAINED)

MIXTAPES VS ALBUMS (COMPARE AND CONTRAST)

Difference Between Chorus and Hook (Explained)

Mixtapes VS Albums (Compare And Contrast)