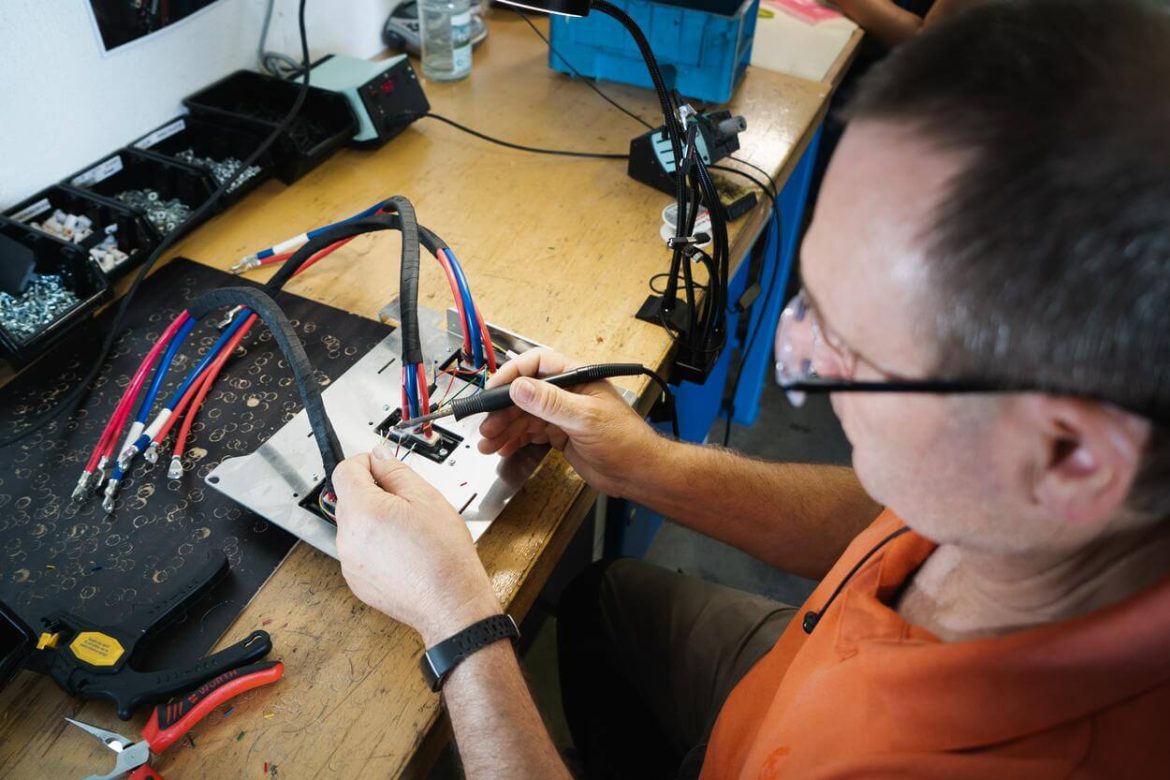 In terms of electrical trades, the terms line and load are shorthand words. One refers to wires which deliver power from the source to a device. Whereas, the other refers to those wires which carry the power onto other devices along the circuit.

There are many more conversational terms that can be used to describe such wires. For instance, they’re also called incoming and outgoing wires or upstream and downstream wires. The terms line and load have many applications at different locations in an electrical system.

However, if you’re not a mechanical expert, it’s really easy to mix them up. But don’t worry, as I’ve got you covered! In this article, I’ll be providing a range of differentiating factors that can help distinguish these two wires apart.

What’s the Difference Between Load and Line Wires?

Outlets, switches, light fixtures, and other electrical appliances are wired on a single circuit in multiples. The line wire runs from the service panel to the first device.

On the other hand, the load wire runs from the first device to the second device “downstream” on the circuit. The line wire is “upstream” from the switch in terms of the flow of electricity. Another meaning for load refers to the magnitude of the energy consumed by devices on a circuit.

For the second device, the line is the power source coming in from the first device. Whereas, the load wire is flowing out to the third device on the circuit and so on.

Differentiating between a line and a load wire isn’t always necessary. For instance, a conventional wall switch has a single-pole, single-throw switch.

It’ll work equally good if you attach the live circuit wire, which is line wire, to the top brass terminal or if you attach it to the bottom. This is because the switch only has two positions. It’s either open or closed.

However, on a double-throw switch, the terminal connections are directional. This is because it can transfer power between multiple loads.

In such a switch, the line and load terminals are clearly marked. The live circuit wire must always be connected to the line terminal in this case.

There’s also a difference between line and load wires in terms of the GFCI outlet. A GFCI outlet is short for “ground fault circuit interrupter”.

These have two pairs of screw terminals for connecting wires. One pair is clearly marked with a line and the other is marked as a load.

How Can You Tell if a Wire is a Load or Line?

Now that you know the meanings of line and load wires, let’s take a look at a few factors which will help tell them apart.

Their main purpose is to supply electricity to the house or building. Sometimes it gets really challenging to differentiate between line and load wire colors. This is because different countries denote different colors to each of the wires.

So then how would you identify line and load wires? There are many ways of identifying these wires in your own house. Here’s a list of a few ways in which you can do that:

The above ways are quite easy as well as reliable. You can use either way to help differentiate between a load wire and a line wire in an electrical circuit.

What Happens if I Mix Up Line and Load wire?

If the load or line wires get mixed up, then the GFCI protection will no longer be there. This means a ground fault won’t trip the GFCI. While there will be an appearance of protection, there’s no actual protection.

The GFCI outlet contains a breaker that interrupts the current when it detects a sudden current surge. If you interchange the line and load wires on a conventional outlet, it’ll have no such effect on the outlet.

However, if you interchange them on a GFCI outlet, then that’ll cause the breaker to be ineffective. This could be potentially very dangerous because the outlet then won’t be able to provide the protection that it’s designed to give. It’ll be exposed!

The load wires from one upstream in the circuit must always be connected to the line terminals of the one downstream. Otherwise, the downstream one won’t function properly.

Therefore, it’s really important to know the difference between load and line wires. You may also seek help from professionals in this field if you can’t understand it yourself.

Is Hot Wire a Load or a Line?

Typically, the line wire is the hot wire. It goes from a source to a switch and it’s upstream of the switched device. Hotwires are used as initial power feeders to a circuit.

These carry currents from the power source to the outlet. As they’re the first instance of a circuit, they’re always carrying electricity which is why they’re hot. It’s dangerous to touch a hot wire when it’s connected to a power supply.

Basically, line wires comprise three wires. These are hot, neutral, and ground wires. The ground ones are bare, whereas, the hot and neutral ones are both insulated.

When the hot wire has taken the power from a source, there’s another wire to complete the circuit. This is the neutral wire which carries the circuit back to the original power source. They bring the circuit to a ground usually connected to the electrical panel.

Hotwire can be identified by its black casing. This is the main color of the hot wire in most homes.

However, they can also be red, blue, or yellow. These colors can indicate a different function besides that of powering an outlet.

Like hot wires, most electric wires are insulated to protect users from shocks. Each color on these electric wires has a different meaning. Although, the colors can be used interchangeably depending on different countries.

Use this table listing the range of colors and the wires that they represent as a guide:

Do All Light Switches Have a Load Wire?

A switch always has to have a load wire. Otherwise, it wouldn’t be able to turn anything on and off.

However, people often get confused between wires when dealing with a three-way switch. In such switches, the white wire is used to carry the current.

Therefore, it can be understood that white wires don’t always mean neutral wires. Sometimes they can also be load wires.

Moreover, the standard single-pole light switch will require you to attach the load wire to it. Then the other wire which is leaving the switch to your lights.

So basically, a load wire in a light switch is the one that connects your switch to your light bulb or other types of load. Usually, the load wire’s color is black. However, in some countries or in a three-way switch it can also be white.

Load is also a general term that is used to describe the electrical demand or power draw a device puts on an electrical circuit.

Take a quick look at this video explaining how single pole switches work:

To summarize, the main difference between a line wire and a load wire is that the former carries power from the current source to a switch. Whereas, the latter carries this power from the switch to a device or an appliance.

The line wire is always the hot wire and it’s upstream of the switched devices. On the other hand, a load wire is downstream on a circuit. A load wire will only be hot if the switch is closed.

There are many ways you can use to identify the load and line wires in an electrical panel. These include using a neon screwdriver, a digital multimeter, or simply checking the positions of the wired on the meter box.

Each wire has insulation that has different colors. These colors vary from country to country. The line wire is usually always the black wire. I hope this article helped clarify the difference between the two electrical wires!

WHAT’S THE DIFFERENCE BETWEEN TIN FOIL AND ALUMINUM? (EXPLAINED)

GFCI VS. GFI- A DETAILED COMPARISON