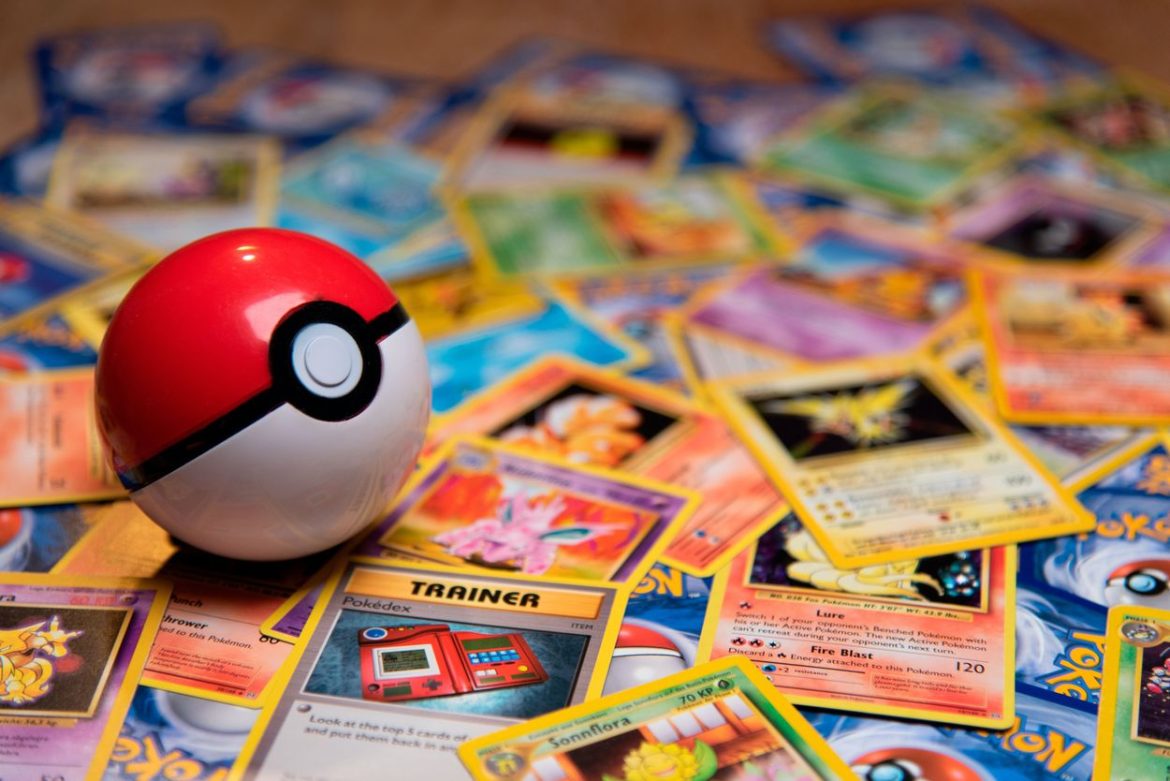 What is it that distinguishes a Legendary Pokemon from a Mythical Pokemon?

Legendary Pokemon have been a part of the Pokemon franchise since the first generation of games introduced us to the elemental birds and a certain well-known genetics study. They grew more important to the narrative of the games and movies as the series progressed.

Legendary Pokémons are exceptionally uncommon and extremely strong Pokémons that appear prominently in the Pokémon world’s stories and mythology. Meanwhile Mythical Pokemons are extremely rare and quite difficult to get. The key distinction between the two is that Mythical Pokemon are seldom seen in the core games during normal gameplay.

However, certain legendaries are classified differently. Some, like Mew, are referred to as Mythicals. These are often rarer than Legendary equivalents, both in-universe and mechanically.

Let’s see how these two types of hard-to-get monsters stack up.

What makes a Legendary Pokemon?

Legendary Pokémon is a type of exceptionally uncommon and frequently extremely strong Pokémon that appears prominently in the Pokémon world’s stories and mythology.

Legendary Pokémon are often seen during the plot in each Pokémon game, with some designated for post-game encounters or exchanges between various game versions of the same generation.

Legendary pocket monsters symbolize the finest of the greatest for many Pokemon Trainers. These animals, which are both extremely uncommon and extremely strong, are frequently weaved into the region’s legend or based on a particular story that is eventually proven real.

They are encountered as interactable Pokemon in various games, such as the Legendary Birds from Pokemon Red and Blue, and may only be acquired once per save the file. However, beginning with Pokemon Platinum, Legendaries such as Ho-oh, Latios, Latias, and others would appear after defeating the game’s Champion.

What are Mythical Pokemon?

Mythical Pokemon, like Legendary Pokemon, are extremely rare and frequently quite difficult to get. The key distinction between the two is that Mythical Pokemon are seldom seen in the core games during normal gameplay.

Unlike Legendaries, which arrive at various stages or after the main campaign is completed, Mythical Pokemon are often unveiled months, if not years, after the release of a given game.

In the past, this has featured promotions that required players to not just own a copy of a certain game, but also to accomplish something else, such as seeing a specific theatrical Pokemon movie, using a special event item, or using the Mystery Gift function in newer releases.

Is Mew a mythological or legendary creature?

It is a Mythical Pokémon, however, it was originally classed as a Legendary Pokémon in non-Japanese media with Pokémon such as Articuno, Zapdos, Moltres, and Mewtwo.

Mew is 151 in the National Pokédex, the last of the first-generation Pokémon, with Mewtwo being 150 and Chikorita being 152.

Are Mew and Mewtwo alike?

Mewtwo is a cat-like Pokémon that is an improved clone of the legendary Pokémon Mew. Mewtwo has two Mega Evolutions, bringing its total base stats to 780.

Mewtwo was too powerful for its creators in the games, and he fled from the Pokémon Mansion, destroying it in the process. Mewtwo then settled in Cerulean Cave, which is home to a plethora of formidable Pokémon.

Mewtwo was an important character in the anime, appearing in multiple episodes of the main series, the first movie, and the first special episode. Mewtwo was produced in the anime by a group of scientists paid by Team Rocket commander Giovanni to make an improved clone of Mew for his own purposes.

Although Mewtwo is initially a very angry Pokémon, viewing all humans as evil as a result of the scientists’ and Giovanni’s actions, Mewtwo’s heart softens after Ash Ketchum sacrifices himself to stop the fighting between Mew and Mewtwo, and it learns that some humans do care about their, and all, Pokémon.

Meeting up with Ash again, Mewtwo demonstrates that, despite being a genetically-enhanced clone of Mew, it and the other clones are no different than normal Pokémon, and that, because it erased Ash and his friends’ memories at the end of their first meeting, Ash realizes that he truly cares about others, even if he doesn’t know them.

Mew vs. Mewtwo: Who is stronger?

Mewtwo is the larger and more powerful clone of Mew. Mewtwo has gone through more than its predecessor.

Mew has a wider range of attacks, although Mewtwo has higher total Pokédex numbers. Mew knew that Mewtwo planned to destroy the planet in the movie Mewtwo Strikes Back. Mewtwo was out for vengeance for the agony the Scientists had inflicted on him. Only Mew stood in its clone’s way, and the two battled it out.

Mythicals vs. Legendary Pokemon: How do they differ from one another?

Legendaries and Mythicals have many similarities, with Mythicals not even having their own recognized category in the West until Black and White. They are always (with one exception) toward the end of their region’s Pokedex, they are frequently quite restricted in quantity (typically completely unique), and they are all frequently the subject of Mystery Gift giveaways.

These expensive Pokemon are usually quite powerful, having high base stat totals, and many of them have trademark techniques.

The table below contains a list of all Legendary and Mythical Pokemon, as well as the generation in which they debuted.

These two varieties of Pokemon differ primarily in two ways: acquisition techniques and in-game mythology. Let’s take a look at them one by one.

Historically, Mythical Pokemon have been known for their difficulty to be obtained within their own gamesㅡsome kind of outside aid is required. Previously, this entailed visiting real-world events where Pokemon were distributed. As the internet grew increasingly popular, this practice gave way to Mystery Gifts that are distributed online.

Pokemon Brilliant Diamond and Shining Pearl added a new way to get Mythicals. If you have to save data from any of the Pokemon Let’s Go games or Pokemon Sword and Shield on your Nintendo Switch, you can acquire a free Mew or Jirachi from various NPCs in Floaroma town.

Even though this is in-game, it still requires something from outside the gameㅡin this case, saves data.

These Mystery Gifts would either give you the Pokemon right away or gift you with a one-of-a-kind item that would be utilized during an in-game event. These occurrences would transport you to new regions where you may capture Pokemon whenever you wanted.

Legendary Pokemon, on the other hand, maybe found in-game without the need for any additional devices, equipment, or events. They are commonly seen in one of three ways:

Depending on the game, there are exceptions to each of these rules. For example, while Phione is a Mythical Pokemon, it can only be obtained by mating a Manaphy with a Ditto. This is technically entirely in-game, but because Manaphy is a Mythical in its own right, Phione receives the label as well.

Legendaries and Mythicals are also viewed differently by the storylines and NPCs of the games themselves.

Legends are prominently shown. If they aren’t the major focus of the whole plot, NPCs will mention them, hint at their locations, or even give you tasks to discover them. While they are legendary, they are frequently recognized to be genuine and merely extremely uncommon Pokemon. Alternatively, NPCs who believe that seeing is believing may question their existence.

Mythicals, on the other hand, are only referenced in passing and never by name. There are a few instances where Pokemon may be hinted at (for example, a mention of Mew in the Kanto games) or significantly featured in a remake (for example, Deoxys in the Ruby and Sapphire remakes), but they are mainly a mystery. Mythicals are considerably uncommon than Legendaries, and this is reflected in their portrayal in the literature.

If you’re still curious about these two Pokemons can be easily identified, you might want to take a look at this video.

The Mythical Pokemon are among the most powerful in the franchise. These are the finest of the best, with some of the best numbers in the games.

These mythical forces of nature are obtained by players through mystery gifts or post-game exchanges. Instead of merely debuting in a typical episode, mythical Pokemon frequently have their own movies to introduce them to the anime world.

Pokemon fans are fascinated with rarity, and no other types of Pokemon are more uncommon than mythical and legendaries. But what is the distinction between a mythical and a legendary Pokemon, and how many are there?

Pokemon are classified in a variety of ways, with one of the more perplexing distinctions being that between mythical and legendary Pokemon.

Both are powerful and uncommon, although there isn’t much of a difference between them for casual players or TCG aficionados.

Fraternal Twin Vs. An Astral Twin (All Info)