Home FoodTaste Ox vs Beef (Is there a difference?)
Taste 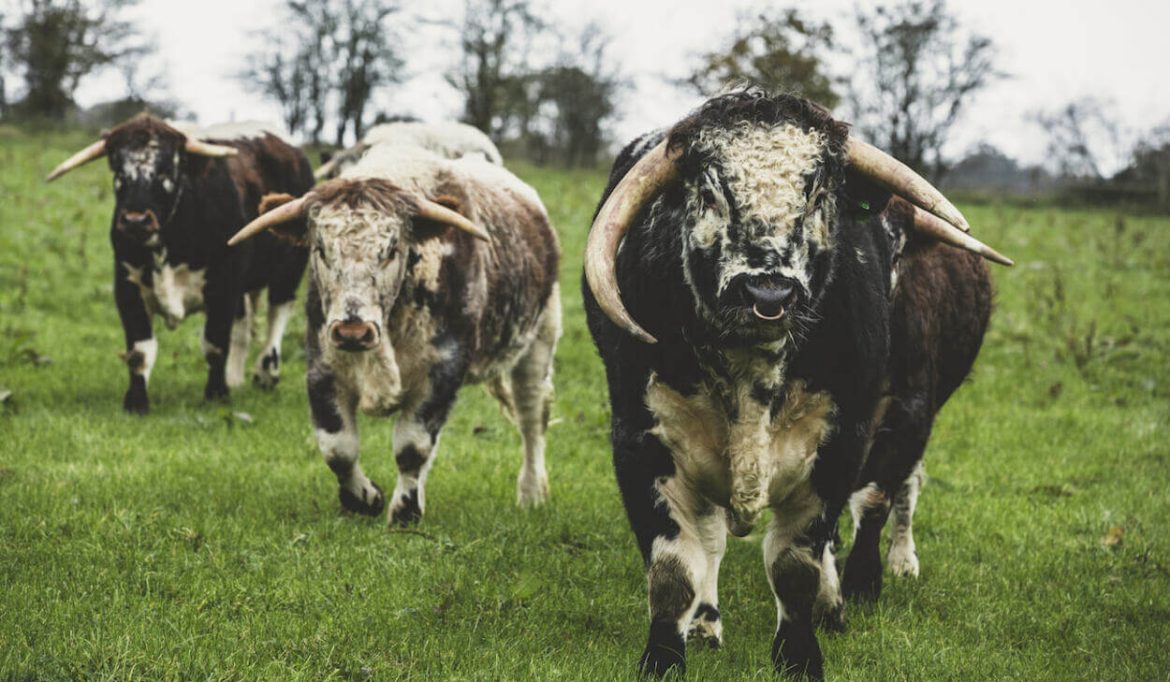 The fast food that you eat usually has some type of meat. The local McDonald’s serves chicken, fish, pork, beef, and even vegan options depending on the location.

With this variety, you can easily satisfy whatever craving you might have. But where do these ingredients come from?

This article will discuss the most popular option, beef, and aims to answer the question once and for all, “is there a difference between beef and ox meat?”

Ox first appeared on Earth 10,500 years ago in what will be known as modern-day Iran.

These oxen roamed Europe and Asia, grazing on wild grass and living their best life.

Research suggests that all modern cattle are descended from a single herd that was captured and tamed by our ancestors.

An ox is a castrated and domesticated male cattle that is used in farm operations. However, there is an increasing variety of farm animals, so the term ox can include bison and buffalo as well.

A steer (or bullock) is a young male cattle, which must be castrated and trained before it can work on a farm. While castration may seem cruel, it is a necessary measure.

Castration ensures that the ox is not very temperamental and therefore easier to manage. It also helps boost the quality of the beef, making it tender and softer as compared to wild oxen.

Oxen have been very useful for developing farms worldwide. They have the strength and endurance necessary to assist in multiple tasks, which include plowing the field, moving buildings, and transporting goods over long distances.

This meant that farmers could easily perform tasks within hours that normally would have taken weeks, allowing agriculture to grow into the vibrant industry it is today.

While many farmers have switched to draft horses because of their higher strength, some rural farmers are skeptical of horsepower and refuse to switch from their beloved ox.

This is because, for poor farmers, ox are easier to feed, cheaper to buy, and can be slaughtered or sold if they outgrow their usefulness over time.

But not just any breed of an ox can work on a farm. Farmers know that they have to make a profit to continue using premium equipment, feed, and seeds on their farms. This is why cattle are bred to be obedient, strong, agile, and enduring, among other traits.

Farmers don’t want to go through the effort of taming and training their oxen from scratch, so it’s much more cost-effective to purchase domesticated ones from either the market or the local breeder.

No matter which restaurant you consider, it must have a few options in beef or it just won’t be that successful. The tender, rich texture of the beef is sure to get mouths watering. But has beef always been this popular?

While it’s hard to specifically pinpoint when beef was first made, some sources say that beef became staple meat around the world soon after cattle were domesticated.

Over time, multiple breeds of cattle have entered the market, and people have been able to identify the strong points of each breed.

British breeds are known for their beef and fertility. The most popular cattle breeds for beef are Angus, Shorthorn, and Hereford. This made Britain the earliest pioneer for beef, introducing new breeding techniques and technologies to maximize beef production in cattle.

It is significantly easier to handle these cattle as they also have high fertility and long calving periods.

Beef wasn’t available in America at some point in time which is a piece of quite shocking news for many people. The British wanted to export beef only to their own territories, so it was primarily considered a European product.

It was the Spanish who were first introduced to the United States, which was done by introducing cattle to what is now known as the Dominican Republic.

Side note: The Ayrshire, Brown Swiss, Busa, and Dairy Shorthorn breeds of cattle are primarily used for dairy production (for producing milk and cheese).

It soon became apparent that, while the quality of the cattle is important, the technique involved also plays an important role. Japanese beef, which is renowned as premium beef, takes advantage of this.

Kobe and Wangyu are the two most well-known breeds, but the chefs themselves are highly trained and use specialized cutlery to bring out the best taste possible.

The significant information is to remember that this beef is incredibly expensive, sometimes costing up to $200 per pound, while adult Wangyu oxen are sold for $30,000.

You can watch this video to learn more about why Japanese beef is so expensive:

Nowadays, beef is still stapled meat and is consumed most often in America, China, and Brazil. It provides a ton of protein and other necessary nutrients, while also giving off a mouth-watering aroma with a tender, juicy taste.

What’s The Difference Between Ox and Beef?

To put it simply, beef is just a product made from cattle, such as oxen.

On most farms, oxen are used for a variety of operations, helping ease the farmer’s burden and helping generate money.

But the older oxen can’t be used for any farm work, so it’s much easier for the farmer to slaughter the ox to either sell or eat the beef acquired.

Ox refers to adult male cattle that have been domesticated and castrated. They help in plowing fields to plant crops, run farm machinery, pull logs and carts, and help transport goods and livestock over long distances.

Beef on the other hand refers to the meat collected after slaughtering ox, or any other type of cattle. It is consumed internationally as a valuable food item and is a staple for virtually every meat-serving fast food joint.

While some breeds of cattle yield a higher quality of beef, they are also more expensive.

Speaking of costs, another difference between the two is that beef (even deluxe beef) is significantly cheaper than the price of a healthy adult ox.

Be careful though, as too much of a good thing is always bad. While beef is rich in protein, iron, and other vitamins, excessive consumption can lead to long-term health issues such as heart disease, stomach cancer, and high blood pressure.

Both oxen and beef meat serve the purpose of a valuable staple and food item around the globe and provide various nutrients to their consumers.

If you want to satisfy that sudden craving for tender, smooth meat, you’re better off buying some from a butcher rather than buying and slaughtering your own ox.

Beef is just one of the many benefits given to us by an ox. While it’s cheap, delicious, and nutritious, you should monitor your intake of beef to avoid major long-term health issues. But as long as you’re careful, there’s no reason to not eat that juicy steak.

What’s the Difference Between Asocial & Antisocial?