Home TechnologyTools Is There A Big Difference Between 60 FPS And 30 FPS Videos? (Identified)
Tools

Is There A Big Difference Between 60 FPS And 30 FPS Videos? (Identified) 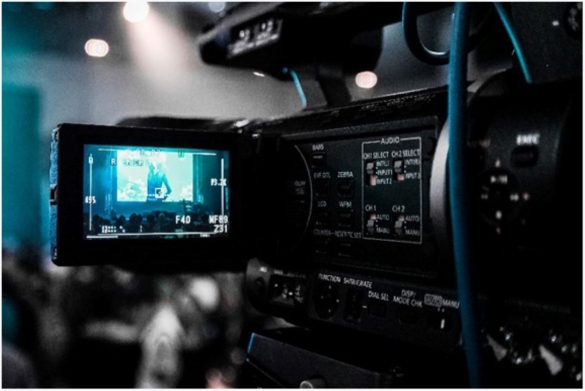 We all watch movies, play computer games, and shoot videos in our daily life. But if you are a photographer or love video shooting, this article has hidden gems for you.

The article has revealed the facts behind the slow and fast movement of scenes on your screens. It consists of details about frame rates and their importance in video making. Moreover, it will highlight the differences between 60 FPS and 30 FPS.

Let me share the story behind the motion of pictures in videos. The video pictures do not move. They’re still images that play regularly. Doesn’t it sound new?. The video shoots in frames per second during recording.

There’s no need to be perplexed; I’ll explain this point later. But what’s hidden beneath it is that a video filmed at 30 PpS will also be played back at 30 FPS. Depending on various other circumstances, they evolve at varying rates across mediums.

The frequency, or rate, at which a series of images appears is referred to as frame rate. FPS, or frames-per-second. It is the most common unit of measurement for a picture’s motion.

The frame rate of a camera is crucial since it impacts the quality of the footage. However, higher frame rates do not always guarantee better video quality. But employing video cameras with high fps can provide smoother footage.

The frame rate is essential when watching TV shows or movies with tea and snacks, playing computer games on your smartphone, or doing anything else that requires a screen projection.

Generally, the most commonly employed frame rates are 24 FPS, 30 fps, and 60 fps. However, other frame rates such as 120 fps and 240 fps are also used in certain situations. I will not go deeper into them; I will mainly focus on contrasts between 30 and 60 fps.

Why Is There A Need To Understand The Frame Rate?

As you already know that the frame rate of a video can be defined as the frequency or speed of images with which they are displayed. It is mainly assessed in fps i.e. frames per second.

Have you ever focused on different movie scenes shot slowly? If your answer is no, try to recall any movie you have recently watched.

Okay, don’t worry, let me explain to you. All this happens because the video’s frame rate or FPS can slow or speed up the time. Frame rate is primarily responsible for the good or bad quality of your footage. It is this frame rate that makes your video smooth or choppy.

I assure you that once you get a clear picture of the frame rate and how important it is for your footage, you won’t ever do recordings in the same way from now onwards.

The frame rate greatly affects the quality of a video. If we talk about a youtube video, the frame rate generally depends upon the content, whether it is a vlog, cooking video, gameplay, or any other sort of video. However, Youtube allows 24 fps, 30 fps, and 60fps.

Most people prefer either 24 fps or 30 fps. In the film industry, the typical fps is 24 frames per second. Because it looks more real and cinematic. Movies in Hollywood are generally shot at 24 fps, however, sports videos and other movies with a lot of action have higher fps. You can get minute details with higher fps, that is why 60 fps is often utilized for slow motions.

Moreover, you’re better off with a higher fps if you’re streaming live videos.

The player with a greater fps has an advantage over a lower frame rate player in the well-known first-person’s shooter games. The player with the greater fps can enjoy continuous gaming, and it is easier for them to determine their goals!

A game’s frame rate might run anywhere between 30 and 240 per second. A player with a greater frame rate may get benefit from it. Various web-based tools are available as a frame rate counter.

Thirty frames per second (fps) denotes that the captured images run in 30 frames per second. Because it is detail-oriented, it is not a standard fps for the film industry. It collects more details, making movie scenes appear unnatural.

Anyway, 30 frames per second have become progressively famous in the advanced age and are currently being utilized for most visual media.

Japanese and North Americans utilize it in TV transmission. Numerous computer games, particularly gaming consoles, use it as the standard for first-person shooter games.

Most web video suppliers utilize 30 frames per second as a standard, and films are changing over entirely to 30 frames each second to meet this.

Sixty frames per second are the preferred frame for live TV and live games. There’s no reason to adjust anything on live television. However, there are times when lowering the recording speed is necessary, which is a typical technique in live games.

You might have watched scenes captured in ultra-slow motion in the movies. If an ultra-slow movement is necessary, you have to shoot at 120 or 240 frames per second. So, there are limitations to making extra slow footage.

Sixty fps differ from 30 fps because it has twice as many frames as you have in a 30 fps footage. When it comes to the frame rate, more frames aren’t always the natural decision for filmmakers.

If you’re shooting at 60 fps that means your shoot would be more detailed as the number of frames has increased. This will make your footage extra smoother and crispier.

However, the change may not be visible to a naked eye if you play it back at the standard 24 or 30 fps but if you slow it down or speed it up, the difference in quality will be recognized.

Moreover, videos shot at 60 fps mean larger files that would require more space on your computer and consequently would need extra time to export or upload.

No one can say for sure which one is better. Everything depends on your circumstances and the kind of photography you’re doing.

If you need to show quick activity and slow movement, 60 frames each second is the best approach. It captures minute details and slowed-down scenes from a live video or a sports video would feel smoother. Whereas, a slow-motion shot at 30 fps would feel choppy and uneven.

Generally, 30 fps is used for TV shows and gaming consoles. It is also best used for internet purposes. If you’re recording a video for social media, go for 30 fps which is a standard fps for the internet. However, 30 fps is not the standard frame rate for movies.

On the other hand, 60 fps is appropriate for fast-moving objects like cars and motorbikes, etc. It is also suitable for sports or slowed-down videos.

How Can You Choose A Better Frame Rate?

Frame rate is essential for the best video recording, so choosing a proper one is crucial. Don’t worry; I will ease your problem. I am sharing some points you should consider when selecting a better frame rate. It will help you to make a video with better visual effects.

Look at your recording to assess if it is vital to keep high fps. If you’re shooting still shots with just normal equipment, 24 or 30 fps will show up best. Use higher frames if your video requires slow movements and minute detailing, in this way you’ll be able to produce a smoother video with much detailing.

Always remember that the higher frame rates require more light. Therefore, if you’re recording low-light film, it’s better to take shots at 30 fps instead of 60 fps. It permits the camera to retain all the light, making a smoother and more splendid film.

Before deciding whether to use 60 fps or 30 fps keep in mind the items in your video. If you’re capturing moving objects then go for a greater fps because in this way you’ll get much better footage. 60 fps will record details more clearly. If your video has a lot of action, 30 frames per second may appear hazy and choppy. You’ll end up with a smoother film with 60 frames per second, and you’ll soon thank yourself for it.

Therefore, first, consider your objective, then make a good choice regarding the frame rate.

Video production, video games, and filmmaking are extremely popular in this digital age. You must have wondered about motion in videos while watching movies or playing games. The objects in the movies do not move. Instead, they’re just a series of images that move one after another which creates an illusion of movement. The speed with which these images move is known as frame rate per second.

You’ve probably noticed that some videos have good quality while others are poor. Video quality and the movement of objects depend upon fps. So what the frame rate is? Frame rate refers to the frequency or rate at which a series of images often run.

A camera’s frame rate is crucial since it affects the quality of the footage. On the other hand, higher frame rates do not always imply superior video quality. However, using video cameras with a high frame rate can result in smoother footage.

The primary difference between these two is that 60 frames per second reveal intricate details which makes it suitable for slow-motion videos while 30 fps is fit for TV programs, news, and sports.

Moreover, 60 fps is better for gaming purposes, However, It also depends on the situation.

What Is the Difference Between the Beliefs of Catholics and Mormons? (Explained)

Discord: Can It Recognize A Game And Distinguish Between Games And Regular Programs? (Fact Checked)